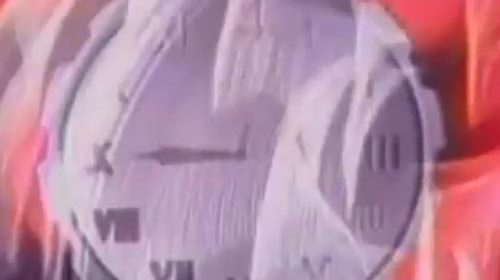 [Originally posted to the SongSavers music blog on 28 March 2016.]

Released two weeks into 2011, the Vector Tables extended-play by Datavision Ltd. is one of the earliest examples of the broken transmission subgenre of vaporwave, which samples late-night television, advertisements, and bumpers in typically lo-fi form through “garbage muzak” aesthetics.1 The project consisted of Robin Burnett and Leonce Nelson – the former of which would become a household name within vaporwave circles through the INTERNET CLUB project. This minor release is a prototype for Burnett’s future releases, incorporating samples from Hitachi advertisements, altered slow jams, and holding-line phone music.

The sound quality wildly varies – even more so than some noise releases like g h o s t i n g’s telenights – and it works to Vector Tables‘ advantage. The goal of a broken transmission release should be to jolt the listener with moments of faux-nostalgia and the concept of pervasive advertisements – kind of like how the ads on television always seem louder than the shows. Burnett and Davis seem to know this as well, as the shocking “Funk Soul/Soulful Funk” Sony clip is startling after the crackly groove of “The New Soul,” screaming through the airwaves like an early Raymond Scott production for FM radio. “Radiovision” is mixed so low that it’s almost humorously inaudible – a gimmick that Burnett himself would parody on 2012’s landmark ▣世界から解放され▣.

Vector Tables can be grating, and often is with its uncompromising musical quality (or lack thereof) and formless, haphazard sampling. The title track is awkward and variant, but without the self-awareness or consistent theme that typifies the work of fuji grid tv and Infinity Frequencies within the same realm. This is a curious artifact of the early vaporwave era that certainly has its merits for those specifically interested in the genre’s early days, but those with less interest will interpret this as an unrefined early production that belies Burnett’s later, more advanced works.

Bogus Collective releases “but, yesterday was tomorrow.” by TWAYNG MCGRAW

DJ SVYATOPOLK – THE HERMIT VERSUS TOWERS OF LABOR

Goodnight Tapes releases “Behind the Lights” by Streymoyer