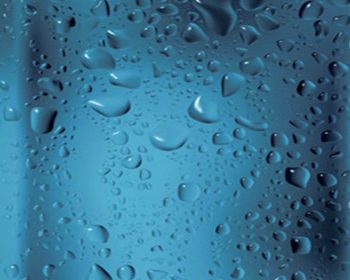 Poor Homme1 ended the anonymous producer 骨架的’s two-year hiatus following the release of Ancient Science in 2013. His(Her?) ninth overall full-length harkens back to the classic-style/proto-vaporwave of 2010’s Holograms and 2012’s Reflections, blending hazy vignettes of smooth jazz/easy listening with computer music. It’s also one of 骨架的’s longest albums to date: at twenty-one tracks in over fifty minutes, it’s more than double the length of debut Skeleton and almost ten minutes longer than Reflections. As with many 骨架的 releases, it’s a modest production affair, with a focus on creating a dreamy, smoky atmosphere instead of showing off tricks.

That’s not to say that Poor Homme isn’t one of variety; it’s actually quite diverse, and features so many elements of earlier 骨架的 albums that one would be forgiven for believing this album came out in 2010 rather than 2015. “Tell Me” utilizes an ECCOJAMS-esque slow degrade effect, and “The World” and “Breath” mix debut Skeleton with Chuck Person narcoticism. “Nature” stutters along to a rhythm that’s undanceable in its CD-skipping;2 right when the beat catches, it’s arrested again. “Real” is a bit acid jazz, to which Holograms occasionally alluded. Finally, “Feel” slowly winds itself down through its two-minute run, as if 骨架的 is letting the air out of the band.

Due to Poor Homme‘s utilization of so many classic-style and proto-vaporwave tropes along with elements of 骨架的’s previous discography, it’s the best place to start for one who is interested in 骨架的’s relatively large body of work. Those who enjoy the vaguely dark-ambient tracks would enjoy Skeleton; the computer music, Holograms, and the misty smooth jazz/R&B mixes, Reflection.

1It’s a pun on the French phrase “pour homme,” which translates to “for men.”
2Unless you’re a Cunningham modern dancer.