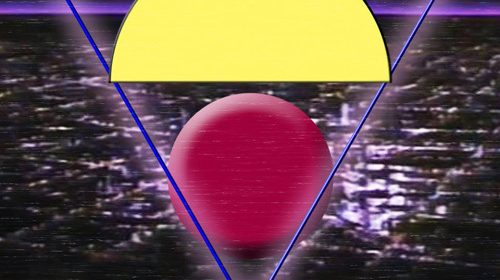 For classic-style vaporwave, Phoenix #2772 is more or less *the* artist to check out. The guy has been featured on numerous high-profile labels from Business Casual to – you guessed it – Dream Catalogue, in addition to founding Elemental 95 with fellow artist Baconwave. Phoenix #2772 utilizes the vaporwave archetype as codified by 骨架的: grainy, affected samples with the highest of nostalgic references to bygone eras. Vaporwave gets a lot of discussion on whether or not it’s a critique of consumerist culture, but Phoenix #2772 perfectly demonstrates that not everything has to be commentary or wrapped up in identity politics: sometimes it’s just the desire to evoke a world that’s not there anymore, sehnsucht with computers and brass.

The Dream Catalogue is a collection of twenty-three tracks of vaporwave that elicits the past, be it eighties, nineties, or the simultaneously timeless and archaic world of the early digital era. The vast majority of songs prominently feature samples from easy listening, adult contemporary, and smooth jazz music; but, as with Hayao Yamaneko and 猫 シ Corp., they are presented out of genuine fondness for these sounds rather than out of irony. On these moments of total authenticity, albums such as The Dream Catalogue really shine: “Loading Virtual Mall 9000” might be a bit goofy, but it’s an earnest kind of goofy rather than a mocking kind. The Dream Catalogue doesn’t mock; it’s just happy to be playing the sounds, and it hopes that you enjoy them as well.

A twenty-three track album might be pre-disposed to filler, and The Dream Catalogue is no exception with its hour-plus length. Start with the cuts, and if you find yourself enjoying what you hear, then give the whole thing a spin. Like 103.67FM by Spirit #67, it’s presented with such honesty that it’s impossible to avoid being charmed by at least one of its tracks. Give it a shot, and check out Elemental 95 while you’re at it.