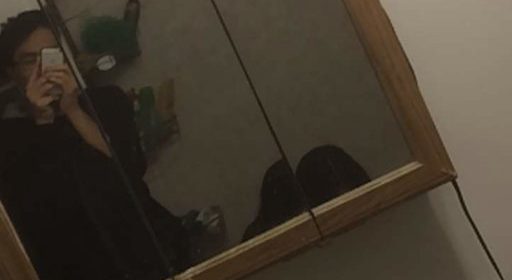 New York-based producer Fla.mingo has slowly made a spot for himself among the household names of vaporwave and the revival of cassette culture. With releases like Fantasy being heralded by Bandcamp journalists for its seamless integration of synth pop into the scope of vaporwave,1 Fla.mingo has developed his own personal style within the genre. U Melt Me and his aforementioned debut album released on Business Casual within the past few months, and have become a staple in any vaporwave fan’s cassette shelf. Sunbleach had the opportunity to catch him for an interview in March.

S: What made you decide that you wanted this Fla.mingo project to be a vaporwave project? What made you want to spin the genre in the style that you did for your releases?

F: When I discovered the vaporwave scene, I loved the concepts and vibes of all the music I was finding, as well as the inclusive and supportive nature of the community. I was also attracted to the fact that it was so subject to interpretation, and had so many differing styles and branches… but I was coming from more of an electronic music production style so I wanted to be much more involved in the creation of the music, rather than focusing too heavily on the samples. I had always wanted to do a project of sort of just shiny, over-the-top dramatic pop music, and so I decided to try to incorporate the 80s vibes of vaporwave and synthwave into a more modern sounding production. I really wanted some vocals to top it all off, so I ended up combining in samples that way. One of the main goals was to make it feel like I was making something original, using the samples as building blocks for new melodies and structures through pitching and chopping.

S: Would you say that Fantasy is a spiritual successor of U Melt Me, or was there more leading up to that? Where do you see the Fla.mingo project ultimately going, or do you see it going anywhere?

F: I think Fantasy is only a successor to U Melt Me in the sense that most of the same techniques were used in producing it, but I think thematically and emotionally most of the songs feel completely different. U Melt Me was sort of me developing the sound I wanted, and I sort of needed Fantasy to be more cohesive than that. A couple tracks off Fantasy were in the works before U Melt Me came out. As far as Fla.mingo for the future, I think I’ve done all I can with that style of synthpop. I’m not quite sure what the next album is going to be like; I have a bunch of different routes I’m considering, but it’s going to be something different.

S: What other vaporwave albums do you like/ inspire you? Who are your main influences for Fla.mingo?

F: Some of my favorite artists within the vaporwave scene are Rashida Prime, 2814, vaervaf, t e l e p a t h, F L ♥R E S, Sonnig 991, Syllabus, Chris†††, and HELLCOM, but I think a lot of my influences when it comes to the stuff I’ve put out so far is just from the early 2000s pop music that I like to sample a lot. . . Kelly Clarkson, a lot of the melodies in her songs are fantastic.

S: What is an album that you really liked as a kid that kind of shaped you in a way? Not necessarily something you still actively listen to, but something that just stuck with you?

F: Probably some Elton John record or something. A bunch of his melodies really stuck with me and definitely shaped me in some way… also “Breakaway” by Kelly Clarkson.

S: So the Kelly Clarkson sampling had some nostalgic value to you?

F: Yeah. It probably influenced my vaporwave in a way.

S: If you were a sitcom, what would you be?

S: What do you think the future of vaporwave as a genre is?

F: While I do appreciate a bunch of the classic-style vaporwave, I personally think all the recent change and outside influence on the genre is necessary to continue to keep it exciting and developing. That can be said for pretty much any genre anyway.

S: And before I let you go, which of these outside influences on the genre do you find the most impactful?

F: Probably when Saint Pepsi first put some funk into it… that was pretty huge.

Fla.mingo recently self-released a project called Deep Sleeper that plays with the chilled-out vibes of lo-fi beat tapes while still maintaining the glossy production of his debut album. You can stream it on Bandcamp below: