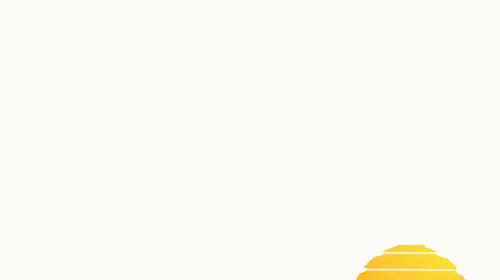 Back in the early days of vaporwave, one of the names you simply could not escape was Robin Burnett1 – whether you knew it or not. Burnett is primarily known for one of the most enduring vaporwave projects of 2010-2013, INTERNET CLUB,2 but they’ve also been involved as a part of Datavision Ltd, Nightcore, and ECCO Unlimited – not to mention achieving vaporwave infamy with ░▒▓新しいデラックスライフ▓▒░.

monument XIII3 is one such project – although compared to the other names, it’s strikingly unknown. Like many of the other Burnett aliases (and those of contemporaries Vektroid and HKE), monument XIII only released one album: honestly. This release is ten tracks in twenty minutes of old-school classic-style vaporwave of instrumental adult contemporary and muzak, whereby tracks are slowly looped with topically little editing but generally begin to decay or adopt an uncanny valley effect as the track continues. An example is “therapy”, which begins with a simple guitar progression with some background synthesizers; as the song progresses, the different musical tracks fall out of sync. This slowly creeping decrepitude is present all over honestly, which tricks the listener in the beginning with the fairly simple 2012/2013 classic-style introductions of “ice” and “cloud”.

As a side note – one of the most common samples in vaporwave can be heard on “prozac”. The sample is from “Opus No. 1” by Tim Carleton and Darrick Deel, and it’s been used by artists like ECO Virtual (“Nocticulent”) and “夢” by Windows 98の. One of the fun parts of the first wave of vaporwave (insofar as such a thing exists) is in seeing how all these artists stumbled together to explore and appropriate the culture of the early digital age, occasionally finding and utilizing the same works despite having little or no contact with each other.4

1Also went by Will Burnett.
2Notably REDEFINING THE WORKPLACE, which received a perfect recommendation on Sunbleach.
3Capitalization of the first letter is inconsistent. The original download pathway tagged tracks with the capital “M”, but the current publication page for honestly on the INTERNET CLUB Bandcamp page features the lowercase “m”. Sunbleach abides by the latter.
4In example in trip-hop is “Ike’s Rap 2”, which was sampled by Tricky on “Hell Is Round the Corner” and Portishead on “Glory Box”.