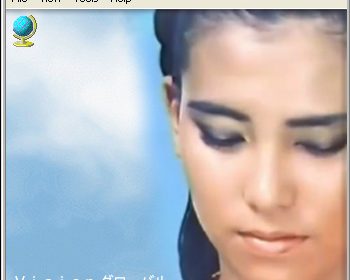 The digital world of vaporwave is unlike many (if not all other) music genres with its sheer lack of barriers to entry. Not only is vaporwave fairly easy to make if you know how to open Audacity and spend some time on YouTube browsing old commercials, it’s also extremely easy to upload, publish, and share tracks due to the genre’s almost exclusively Internet-based nature. This allows vaporwave artists to share their works (and some might argue flood the market) at an unprecedented scale even in the noughties. It also helps producers have simultaneous aliases and projects, as no producer needs to worry about contractual disputes.1 This greatly facilitates vaporwave’s unknown-Internet vibe, especially early on in the genre’s formation when artists were known only by their alias and it was truly uncertain whose project was whose. Some artists took this to the extreme, such as HKE and his aliases of aliases, whereas others made tenuous connections or associations so the careful listener could pick out common themes.

デジタルフォーチュン2 is one such artist, who only released a single album titled Ｖｉｓｉｏｎ グローバル3 in April of 2014 and then disappeared back into the Internet ether. Well, somewhat at least – it turned out that デジタルフォーチュン was a one-off project from classic-style vaporwave artist CVLTVRΣ. CVLTVRΣ is a Parisian artist who is most well-known for his debut album Virtual Life, a vaportrap/vaporhop release that utilized classic-style vaporwave samplism techniques and was also released in 2014. In fact, Ｖｉｓｉｏｎ グローバル was his fourth release that year. Later that year, both Virtual Life and Ｖｉｓｉｏｎ グローバル were then included in the famous Vaporwave Ultra Guide”released through the /mu/ subforums on 4chan, which compiled notable vaporwave releases since the genre’s beginnings in 2010.4

Similar to CVLTVRΣ’s main body of work, Ｖｉｓｉｏｎ グローバル is a classic-style vaporwave album. However, it lacks the hip-hop influence of Virtual Life, and the general production has a hazy, somewhat hypnagogic affect. At eight tracks in sixteen minutes, it’s best classified as a “mini-album” instead of an EP. This succinct format was rather common in this era of vaporwave, with VitoJames of DMT Tapes FL once stating that the EP was the ideal format for vaporwave releases owing the genre’s transient nature. Tracks are constructed from pitch- and tempo-shifted samples of Japanese media that include pop songs and commercials, often overlapped upon each other. The album edges toward amusicality on a couple tracks, with “☯ リモートコントロール ☯” featuring hyper-repetition of micro-samples like that found in INTERNET CLUB releases (e.g. ▣世界から解放され▣). A few different samples are brought up as the album progresses, but they’re sparingly use and serve more as connecting thru-lines for multiple listens than a producer running out of ideas.

Fans of classic-style vaporwave should add Ｖｉｓｉｏｎ グローバル to their listening library given its short length and fun, simple ideas. Like many classic-style albums from vaporwave’s early days, Ｖｉｓｉｏｎ グローバル could have been lost if it weren’t for the careful archiving inspired by the Ultra Guide and projects such as Vapor Memory. In 2017, Ｖｉｓｉｏｎ グローバル received a cassette reissue through Chilean label No Problema Tapes, which cemented its place in vaporwave history. Listen and be transported to simple yet engaging times.

HexagonUnit Group International – This Was Us Once