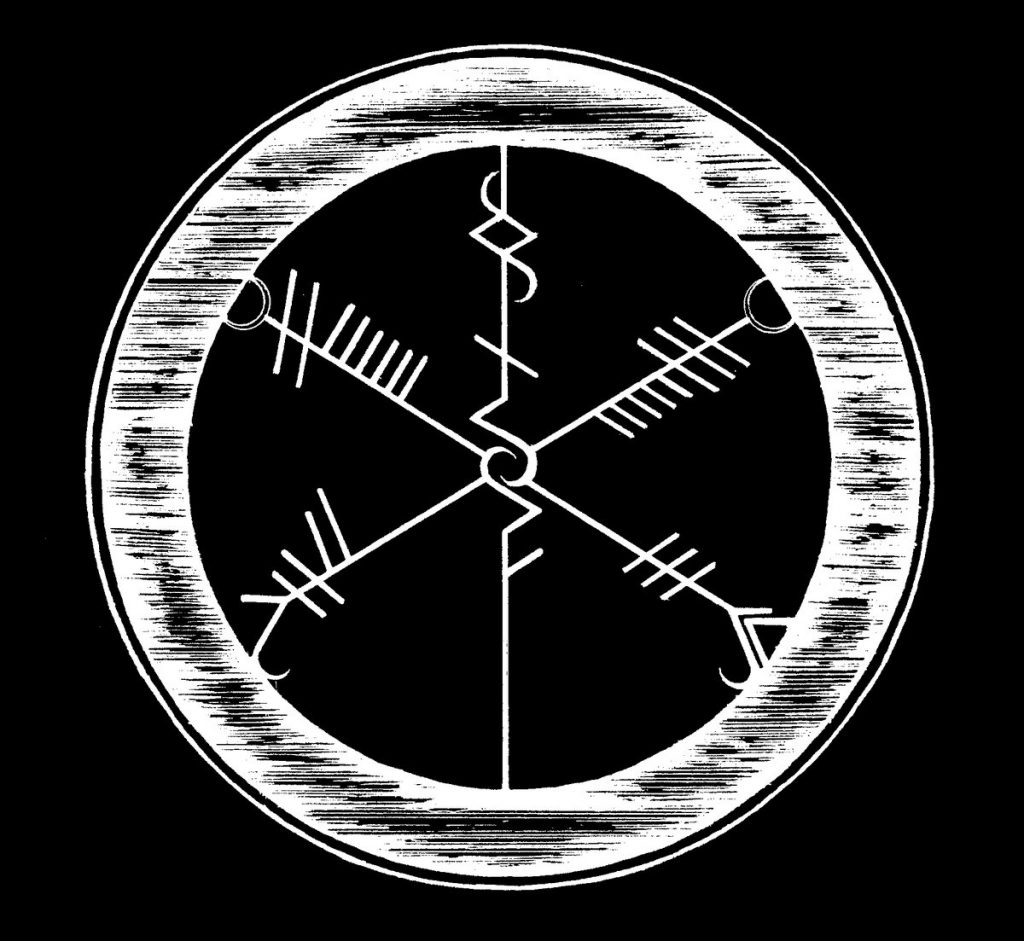 Fallen Empire Records is a Portland, Oregon label that specializes in black metal. Founded on 18 June 2011 and operated pretty much entirely by just one guy, Fallen Empire has made a name for itself among message boards and in the experimental underground as a label known for harsh and raw metal in a variety of styles and geographic locations. The label focuses on physical releases of music – especially cassette and vinyl – and virtually all of their releases are available as pay-what-you-want digital downloads. You can listen to the label’s music here, and you can access the store here.

Many Fallen Empire releases feature experimental and lo-fi production, as if they were ripped from old cassette tapes – and quite a few of the associated artwork looks exactly like a scanned J-card. For this reason, the Fallen Empire aesthetic is probably best presented on physical format, and their cassette and vinyl releases typically feature different or additional artwork – such as with the vinyl edition of Blattaria’s eponymous full-length. Fallen Empire has also released physical-only editions of albums from the Avantgarde Music label, such as Darkspace I by Darkspace and Earth I by Earth and Pillars, and they have also worked with W.T.C. Productions. Lyrical themes are generally esoteric, with quite a few acts being evolving conceptual projects whose releases are all connected, including Endlichkeit and Arkhtinn. Although many acts are anglophones, there are also releases in Greek, Icelandic, French, and German.

Distributors of Fallen Empire merchandise include 20 Buck Spin, Hell’s Headbangers, and Season of Mist in the USA; and Iron Bonehead, New Era Productions, and Season of Mist within the European Union. The label offers vinyl brokering exclusively for underground heavy metal labels and bands, in addition to noise, punk rock, and power electronics. The vinyl brokering service operates through Cascade Record Pressing in Oregon, which has “made a point to work primarily with independent and local labels/artists, choosing to fill their presses with a variety of small to midsize projects instead of the larger projects that are clogging presses all over the world.”1

The music of Fallen Empire may be roughly split into three categories: raw black metal, Icelandic black metal, and atmospheric black metal. The raw black metal includes punk-influenced acts such as Ilmestys, Ritual Knife, and Axis of Light, all of which feature a harsh, grating production and extremely chaotic music that occasionally sounds like Ildjarn. The raw black metal scene on Fallen Empire also includes the cockroach filth of Blattaria and the drone atmospherics of Xothist. The Icelandic black metal scene generally features cacophonous production with disordered song structures with a lot of reverb; examples include Skáphe, Naðra, Martröð, and Misþyrming. Atmospheric black metal is possibly the most well-represented style on Fallen Empire, and many artists utilize imagery from outer space. Examples include Arkhtinn, Vorde, Mare Cognitum, and Aureole. Hæthen and Endlichkeit are also atmospheric black metal, however their influences are more aligned with the naturism and solitude of bands such as Drudkh. Bands that do not fall into any of those three categories include the discordant philosophical black metal of Serpent Column, the second-wave black metal of French group Chambre Froide, the experimental black metal and samplism of GGUW, the jaw harp of Russian group Jassa, and the long-form black/death/doom hybrid of Tchornobog.

Below is a discussion of some suggested acts within the Fallen Empire roster and some information about their releases:

Ritual Knife is a raw black metal group with substantial influences from punk rock from Atlanta, Georgia. Their debut album Hate Invocation was released in August 2017 after three demos from 2015 to 2016. The album is an intensely misanthropic album with short song lengths that are influenced by early hardcore punk rather than grindcore, which is generally the first thought of listeners who see the words “punk” and “extreme metal” together (metalcore notwithstanding). The furious and fast tempo of the album is all over in twenty-six minutes, with five-and-a-half minute closer “Total Crepuscular Devastation” being the closest that Ritual Knife gets to straight-up metal riffing. Recommended for fans of Raspberry Bulbs, another black/punk act.

Misþyrming’s2 2015 debut Söngvar elds og óreiðu3 is a landmark in Icelandic black metal. The swirling cacophony of fire present on the cover is a colorized version of a mezzotint by John Martin for the 1827 Prowett edition of Paradise Lost, although Satan has been brushed out of the photo. The yawning cauldron depicted on the album is a visual metaphor for the raucous discordance within Söngvar elds og óreiðu, which features dark ambient, carnival-esque piano, and distinctly 2010s approach to black metal. The album’s lyrics describe a man building a door within a desert but being unable to find the key. Upon searching throughout the world for the key, he returns only to find that the door has vanished.

Whereas many Icelandic bands such as Wormlust, Zhrine, and Skáphe (the last of which features the core member of Misþyrming) utilize a cavernous production style similar to that of death metal band Incantation and its followers, Misþyrming utilizes a crunchy and bassy guitar tone similar to that used by Deathspell Omega on Paracletus, although with far less compression. The two sides of the album end on dark ambient pieces that serve as a palette cleanser for the next section and an invitation to reflect on one’s journey, respectively. Choice tracks include the demented “Endalokasálmar”, the seven-and-a-half minute “Ég byggði dyr í eyðimörkinni”, and the haunting closer “Stjörnuþoka”.

New Jersey’s Death Fortress have released three full-lengths and two EPs since 2013, making them (along with Arkhtinn) one of the more prolific acts on Fallen Empire. The three-piece plays a riff-filled black metal heavily influenced by groups such as Hate Forest. The album artworks for the 2016 and 2017 full-lengths Deathless March of the Unyielding and Triumph of the Undying feature album artwork by Raúl González, who has also created covers for Horrendous, Centinex, and Morbus Chron. The band released a split in 2013 with Axis of Light – another Fallen Empire alumnus – which hails from Manchester, UK.

The bassist and guitarist share vocal duties with one utilizing a low, throaty growl and the other a mid-pitch rattle; purposefully or not, the former is almost entirely unintelligible, whereas the latter clearly enunciates. Death Fortress’s albums generally feature a thrashy compositional style with a muted mono production that rewards loud listens. Starting with Triumph of the Unyielding, Death Fortress began to feature some minor sampled sound effects, such as wolves howling on “The Warrior’s Mantle”. The band has also flirted with long, dirge-like songs, as heard on the title track of Deathless March of the Unyielding and on “From the Immortal Thrones” from their split with Axis of Light.

A mixture of atmospheric and raw black metal, Colorado’s Xothist was one of the first bands to release on Fallen Empire, who reissued their self-titled demo in 2012 and followed up with debut full-length Simulacrum in 2014. Xothist is a one-man black metal project from Daniel Bouse, who does not play live. The status of the band is listed as “Unknown”, as no further information or material has come since Simulacrum.

Xothist incorporates extremely low fidelity production with buzzsaw guitars and primitive but not unrefined percussion. The original demo featured short drone-influenced instrumentals that bookend each track, a compositional technique that was expanded by Simulacrum. Although the digital releases are presented as two tracks divided based on cassette sides, there exist timestamps on web sites such as Metal Archives for those who wish to experience black metal in standard track format rather than as chunks.

The final act to be discussed is Arkhtinn, whose members are entirely anonymous and to whom Fallen Empire refers only as “an entity from the north”. Arkhtinn cites Darkspace as their main influence in creating atmospheric black metal influenced by the cold and harshness of space, which contrasts with the technicolor beauty espoused by labelmates Mare Cognitum. Like Paysage d’hiver (another project by Tobias Möckl, the creator of Darkspace), all albums are considered demos.

Each release contains two long-form tracks that last from eighteen minutes to over a half-hour. The first track is always black metal and titled “I”; the second, dark ambient and “II”. The cover art always features an image of the night sky and Milky Way with a rock formation in the foreground, and each album is titled with a simple Roman numeral in chronological order of release. A compilation titled IIIIII was released on double-disc format in April 2017 on Amor Fati Productions. It includes the entirety of the first three Arkhtinn full-lengths.